Humiliated on national television when her best friend and her husband, Bill, admit they are in love and having an affair, Birdee Pruitt moves back to her hometown of Smithville, Texas. Returning to her mother’s home is not easy. Her young daughter, Bernice, misses her father. Birdie finds that having been the most popular girl in high school – cheerleader who married the high school quarterback -- left a bitter feeling among many of her contemporaries. There is one man, Justin Matisse, who still has feelings for her after all of these years, but can Birdee put her recent past behind her and start a new life?

We trace the evolution of Jack, an eleven-year-old boy in the 1950s Midwest, one of three brothers. At first all seems marvelous to the child, who views the world as his mother does, with love and mercy. His father tries to teach his son the world's way, of putting oneself first. Each parent contends for his allegiance, and Jack must reconcile their claims. The picture darkens as he has his first glimpses of sickness, suffering and death.
The adult Jack, a lost soul in a modern world, seeks to discover himself and his place in the world. The story ends in hope, acknowledging the beauty and joy in all things, and in the family, the place that most of us learn the truth about the world and ourselves and where we discover life's single most important lesson -- unselfish love.

Palme d'Or at Cannes Film Festival - May 2011 - first time a Texas filmmaker has earned this award.

REVIEW OF FILM (in Cannes, France!)

San Francisco Chronicle Reviewed by: Mick LaSalle Jun 2, 2011 - At times trying and perplexing, but it also contains some of the most psychologically insightful and ecstatic filmmaking imaginable.

Chicago Sun-Times Reviewed by: Roger Ebert Jun 2, 2011 - The only other film I've seen with this boldness of vision is Kubrick's "2001: A Space Odyssey," and it lacked Malick's fierce evocation of human feeling.

USA Today Reviewed by: Claudia Puig May 27, 2011 - A shape-shifting film, it resembles a poem. At other moments, it is closer to a symphony. Most often, it approximates a fervent prayer.

The New York Times Reviewed by: A.O. Scott May 26, 2011 - With disarming sincerity and daunting formal sophistication The Tree of Life ponders some of the hardest and most persistent questions, the kind that leave adults speechless when children ask them.

Village Voice Reviewed by: Nick Pinkerton May 24, 2011 - Better than a masterpiece - whatever that is - The Tree of Life is an eruption of a movie, something to live with, think, and talk about afterward. 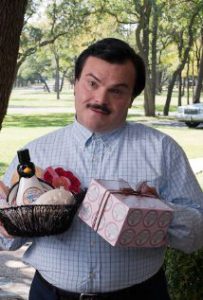 [Bernie-bearinggifts] In small-town Texas, the local mortician strikes up a friendship with a wealthy widow, though when he kills her, he goes to great lengths to create the illusion that she's alive.

NOTABLE:
Kicked off the the Los Angeles Film Festival 2011. 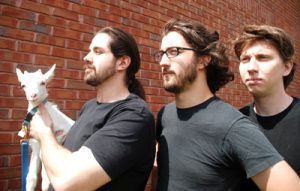 AWARD WINNING! Lab technician Virgil Gurdies embarks on an epic quest to create the greatest goat cheese the world has ever known, and reclaim the heart of his beloved Angie. She has taken a new job in Detroit and to follow her means signing his life over to his soul-sapping career in artificial flavor additives. To stay behind and pursue his newfound passion for fine artisanal goat cheese, is to risk losing her forever. Despite his lack of resources, experience, or basic competency in the field of agriculture, Virgil heads for the hills (literally) with a felonious German baker, a grave-digging hermit, and a tiny white goat named Artois. With Angie awaiting his imminent return and a conference of the International Cheese Consortium just a few months away, he has no choice but to go for broke. Throw away everything he has on a gamble: That, before it is too late, he can craft a cheese that will change the world. A cheese that will buy him a new life. A cheese of destiny.

The trailer for ARTOIS THE GOAT has been accepted by Apple iTunes Trailers at www.apple.com/trailers

GET YOUR ONLINE BURN-TO-DVD COPY

“Beneath the Darkness” Expand

After watching their best friend get murdered, a group of teens struggle to expose a local hero as the psychopathic killer and keep from becoming his next victims. 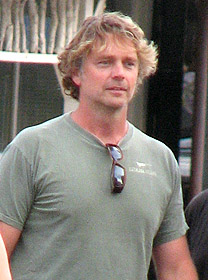 Sam Doonby, a mysterious, handsome drifter gets off a Greyhound bus in a small Texas town and finds work at Leroy’s Country Blues Bar where his great musical talents make him very popular, especially with Laura, the beautiful but spoiled daughter of successful doctor Cyrus Reaper. Sam always seems to be in the right place at the right time to avert disasters befalling the town and its people until suspicion and jealousy drive folks to ask who he is and where he comes from.  Even Laura starts to question him so now he disappears as quickly as he came and things start to go badly wrong. His rejection results in terrible shocks for the whole town, not least for the doctor and his family as Cyrus’ past comes back to haunt him. 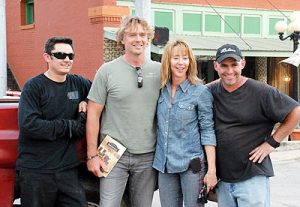 "DOONBY - Behind the Scenes"
By Skyline Movement
A commentary about the movie.  See the seven minute video here.

"From the Set of Doonby"

I'm in a grand old Texas town called Smithville, shooting my next movie Doonby with a great cast and crew. The cast is an amazing group of friends new and old-John Schneider, Robert Davi, Will Wallace, Jenn Gotzon, Joe Estevez, and others. On the flight out from LAX I ran into Joe and we had a nice chat. Add a few years onto his nephew Emilio Estevez and you have Joe. He's a great guy...   TO READ MORE GO TO THE HUFFINGTON POST

Norma McCorvey, better known as the plaintiff at the heart of the 1973 Roe v. Wade Supreme Court case, wasn’t seeking a big-screen film career.  She simply couldn’t pass up the chance to play a woman who tries convincing a pregnant woman to keep her baby.  For full story and video, CLICK HERE.

Watch the videos and see what John Schneider thinks of Smithville. (These are YouTube links.)

John Schneider Behind the Scenes of Doonby

"I had more fun on this film than ever before. Smithville is my favorite town!..."    -- John Schneider

When a dutiful, albeit barren Christian housewife discovers that her devout husband has suffered a stroke at a sperm bank where he’s been secretly donating his seed for the past 25 years, she leaves her sheltered world and starts off on a journey to find his eldest biological son – a mullet-headed, foul-mouthed ex-con with whom she develops an odd but meaningful relationship.

Out of nearly 2,000 applicants, NATURAL SELECTION was "selected" as one of the ten semi-finalists in the Netflix/Film Independent "Find Your Voice" Competition.

Natural Selection was picked up by Cinema Guild and will be released to theaters in Fall 2011.  CLICK HERE for full story. 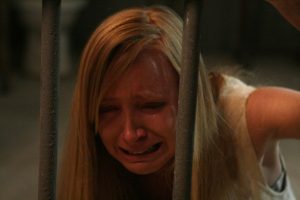 A man wakes up in a cell after a night on the town. When he realizes he’s not in jail and he’s not alone, he fights to stay who he is while helping someone else remember who they were.

Thirteen episodes will be aired on consecutive Wednesdays at 9 p.m. on the internet starting Wednesday, Feb. 3, 2010.  To view the episodes as they are aired, see Lovable Varmint Productions. 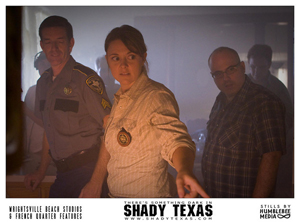 Martha shows the view on life through the eyes of an 11-years old girl struggling to accept her family. We follow Martha into her world where reality and imagination merge into one. Based on my own childhood memories, Martha is about coming to terms with, and eventually accepting, one’s roots.

“Under the Western Sun” Expand 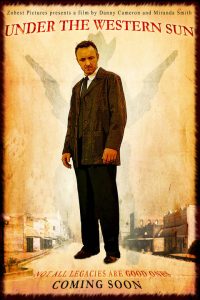 A father/son relationship is centered around the newspaper business and a small town in Texas.

Here's a commercial shot at the LCRA Railcar Facility in Smithville and now on the web as a VodPod.