Smithville’s Richard D. Latham Cultural District and Visitors Information Center is located in scenic Central Texas, just a short journey from Austin, Houston, San Antonio and Dallas.  Sitting on the banks of the beautiful Colorado River, Smithville received this prestigious designation because, within the one mile radius that encompasses our city limits, Smithville boasts a great number of important works of art and culture as well as many significant historical sites.

The town has 10 stages and venues for theatrical productions and live music.  Art is an initiative of "the possibility of public art, both indoor and outdoor, such as murals, sculptures and other art mediums, grace the town.There are three art galleries in town, plus a bronze foundry, and an artist's haven at the Mary Nichols Art Center. There are two museums in town, one with the history of the town and one to celebrate the town's rail history.
Come explore the art and culture of Smithville.  www.smithvilleculturaldistrict.com 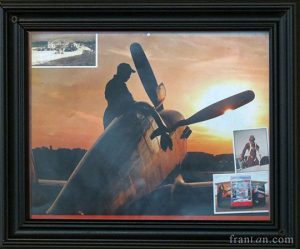 Now a historic landmark, West End Park was owned by I.T. Harper during the days of segregation, and was one of the stops on the Chitlin’ Circuit Blues Review, one of only a few remaining around the country, and Negro Baseball League.

Photos of past performers, the city, World War II pilots and planes, and Negro Baseball League players are on display inside the building.

No longer an operational bar, the site is available as an event venue. Open by appointment only. 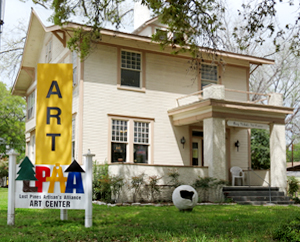 This wonderful historic building at 301 Burleson has come back to life and is open once again for art classes and workshops. The Art Gallery is open to the public Friday/Sunday 1-4 p.m. and Saturday from 10 a.m. to 4 p.m. Special exhibits and receptions are held. The Art Center features local artists and encourages creativity in children. The center is home to the Lost Pines Artisans Alliance and hosts a variety of shows throughout the year.

This community black-box theater performs 10 plays/musicals a year of all genres with community actors and singers.  Known for its audience participation and original scripts by john daniels jr. though well-known productions are also performed, the theater regularly brings in audiences around the state.

Playhouse Smithville was named Smithville's 2013 Business of the Year.

The LPAA, a 501(c)(3), is a group of local Central Texas artists that have joined together to promote the arts and each others artistic endeavors. They gather in Smithville to promote a sense of community and can be found online at www.lostpinesartisansalliance.org or at their Facebook page:  Lost Pines Artisans Alliance 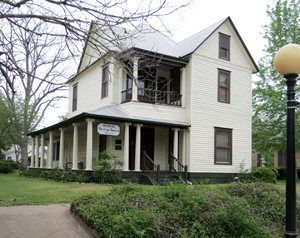 In the backyard, a climate-controlled building keeps the archives of books and photos.   Members of the Historical Society usually can be found archiving information on Tuesdays from 10-11:30 a.m. in the backyard building. Tours are available by appointment. 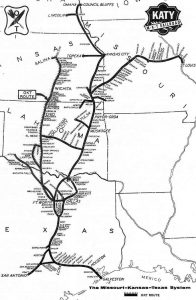 Smithville was once a major passenger hub on the Missouri-Kansas-Texas (M-K-T) railroad until the mid 1950s and was the location of a major turnaround for the rail lines where trains could be rotated to a different rail line and train cars were repaired.  Filled with items from the grand railroad past of Smithville,  the museum also has replicas of the first railroad depot in Smithville. There are items from the MKT days and Union Pacific.

The Chamber Office & Visitors Center and is open Monday through Friday from 10am to 4pm.  Please call first 512-237-2313. Admission is free.

And, a train depot to the right of the building was restored and shows a glimpse of a time long past. 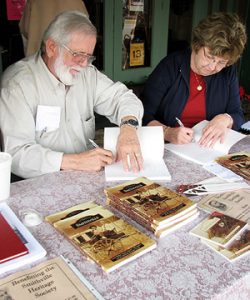 In Authors David Herrington and Carol Snyder sign their book "Smithville - Images of America" 2008, David Herrington and Carol Snyder spent the better part of the year compiling photos and articles from the archives for the paperback series "Images of America" for Smithville Texas.   This indepth book, along with the related postcard set, is for sale at the Heritage House and Museum, and in some of the area retails stores.  All proceeds from books bought from the Heritage Society are donated to the Society and Museum.